Q. When did you join ARGIS?

A. I joined ARGIS ten years ago. I’d only done a little bit of farm underwriting in the past and back when ARGIS was owned by Calliden I originally applied for a role as a business pack underwriter at Calliden, but was offered this role instead. But it’s an interesting area of insurance, no two risks are the same and you can be dealing with a dairy farm one day and a truffle grower the next. As we have underwriting authority here we use our knowledge and experience to make assessments on risk within our guidelines and I underwrite farm business across our whole book of business, Australia wide.

Q. How did you end up in the insurance industry?

A. After leaving school I started working in the mailroom at ANZ, before moving to a role on the reception desk. After about five years I was looking for a change, so I landed a role at HIH Insurance in around 1998, where I worked in the public liability claims department typing pool. I initially applied for more of a secretarial or receptionist role there, and as I got the job through a recruitment company I didn’t know it was for an insurance company, so I just fell into the industry. 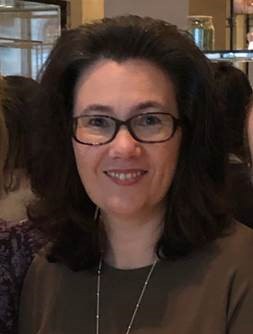 Q. Where else have you worked in the industry?

A. After the collapse of HIH, I moved across to Allianz with many other HIH staff after it bought out HIH’s share of the joint venture the two businesses had. At Allianz I worked in claims administration but was looking to do something more and a colleague suggested I apply for their underwriter training program. I was accepted into that and trained to become an underwriter, specialising in business pack, trade pack, motor, office and a little bit of farm insurance. I was approached again by a former colleague to go for a position within Zurich were I mainly worked with Strata, then after they moved their SME business to Sydney moved over to Calliden, though yet another former colleague.

Q. What do you enjoy doing when you’re not working?

A. Whilst my partner and I don’t have children of our own, family is a very big priority and I’m very close to my two nieces who are 8 and 10. I spend a lot of time watching their swimming lessons, netball matches, soccer games, gymnastics and dance plus all the concerts. They have bedrooms at my house and I love having them for sleepovers. I also enjoy a good coffee shop, a restaurant or movie however, of late, I’ve become a jig saw expert!

Q. What’s something most people probably don’t know about you?

A. I’m a bit old-school in that I don’t have a credit card and prefer to use cash, and I’ve also never had a parking fine or a speeding fine. I’ve been skydiving in Cairns and ziplining through the tree tops of Whistler in Canada so I maybe there’s a little bit of an adrenaline junkie in me.

To contact Melissa, farm underwriter at ARGIS Insurance, you can email her at melissa.young@argis.com.au.